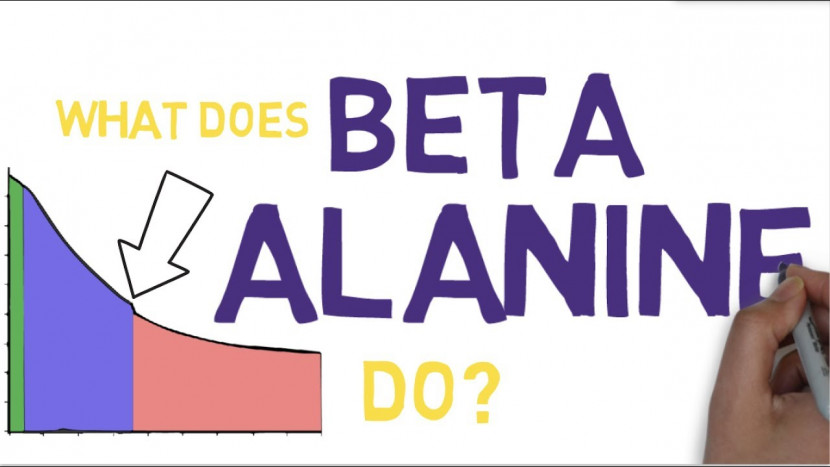 Beta Alanine is a powerful endurance promoting supplement. Your body has three primary energy systems: ATP-CP, Anaerobic, and Aerobic.
Imagine if there was a way to take that middle system, the anaerobic system, and give it a boost. Lactic acid build up is one of the factors that hinders glycolysis. But what if we could make blood more basic, to cancel out some of that lactic acid build up, that is essentially what beta alanine does.

When beta-alanine is ingested, it turns into the molecule carnosine, which acts as an acid buffer in the body. Carnosine is stored in your muscles and released in response to drops in pH. Increased stores of carnosine offer protection from exercise-induced lactic acid production.
This allows your body to use a that better intermediate energy source for longer, and ultimately giving you greater output.
Remember how I talked about horse races before, well it turns out the highest natural carnosine levels are found in the muscles of horses and racing dogs.
This explains why many people who take beta alanine and thus raise their carnosine levels report being able to perform one or two additional reps in the gym when training in sets of 8–15 repetitions.
Beta-alanine also improves moderate- to high-intensity cardiovascular exercise performance, like rowing or sprinting.
In football players

There is one heavily referenced meta analysis in which athletes saw a 2.85% boost when training between 60s and 240s, and the benefit continued even after 240s to a lesser degree all thanks to beta alanine.

← STOP changing up your workouts for GAINZ in 2019!! BS3 EXPOSED : He probably should have left well enough alone! 😈 →