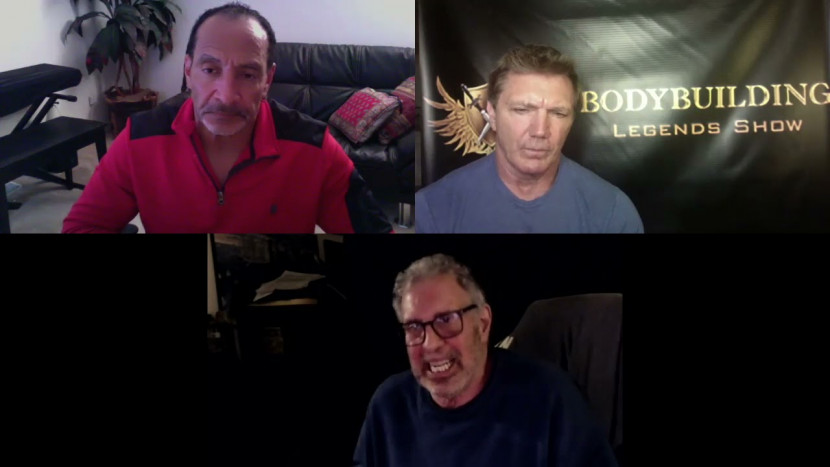 Jerry Brainum, former writer for Muscle & Fitness and IronMan Magazine, and Phil Williams, 1985 NPC Nationals overall winner, join the Bodybuilding Legends Podcast for Part Two of their interview about the recent death of 2018 Mr. Olympia winner Shawn Rhoden and all the recent deaths in the world of bodybuilding. (Time Stamps and Links listed below)

Time Stamps:
0:00 – Start of Part Two of the Jerry Brainum – Phil Williams interview
0:26 – The recent deaths of two female bodybuilders
3:18 – The transparency of steroid use
10:00 – A medical testing program for bodybuilders
12:30 – The WBF’s promise not to drug test their competitors
14:39 – No drug testing = less sponsors
19:30 – The competitors choice to take the risk of PED’s
21:51 – When Johnnie Morant almost collapsed onstage
24:20 – Trenbolone causes brain damage
28:21 – Arnold says Classic Physique is the future of bodybuilding
35:54 – The influence of Chris Bumstead
38:38 – Frank Zane’s decision to not get too big
44:09 – Which division will be the most popular in the future?

← Turkesterone || Answering YOUR Questions – Who? What? Where? When? Why? How? Intermittent Fasting and Continuous Glucose Monitors-A New Study | Educational Video | Biolayne →