Jerry Ward: “If You Mess Up Insulin, You’re Dead” 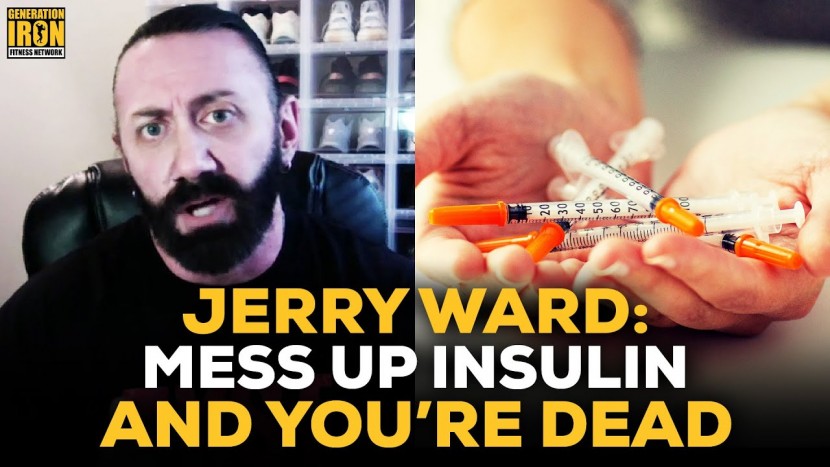 Jerry Ward thinks insulin is very misunderstood and misused by most bodybuilders. That can be extremely dangerous.

In a previous GI Exclusive interview with George Farah, we had an enlightening conversation where Farah disowned the use of insulin in bodybuilding. This was a shock as he had previously been one of the earlier coaches to promote the drug as an effective tool in the sport. His views have changed, especially after surviving cancer. When we spoke with Jerry Ward, another bodybuilding guru, we wanted to get his opinion on George Farah’s new take on steroids. Does he agree? In our latest GI Exclusive, Jerry Ward describes how dangerous insulin can be and how most bodybuilders are using it wrong.

Insulin is a substance that has grown in popularity over the past decade or so in bodybuilding and has completely changed the landscape of the sport. Some critics believe it has altered physiques for the worse – leading to bigger but more bloated looking bodies. Others praise it as a next level substance that can push bodybuilding physiques to the next level.

Beyond the drug’s effectiveness on physiques, there is a much more important conversation happening regarding its potential dangers to athlete health. Though never confirmed, it has been attributed to certain athletes who have died. Is this drug truly that dangerous? Jerry Ward believes so – though that’s largely because the substance is still very misunderstood.

In Jerry’s experience, many bodybuilders are simply misusing the drug because they don’t understand it. They are being recommended massive doses simply because “that’s the amount that is needed to build a massive physique.” But that is too much of a blanket statement and can lead to dangerous results.

“If you mess up with insulin right now, you’re dead,” states Jerry Ward during our interview. He continues to explain that he doesn’t think majority of bodybuilders are taking doses so massive it will kill them… but they are coming close. And they are certainly misusing the drug in a way that is not necessary.

Jerry Ward believes that with exception of the most top tier athletes in the sport, most bodybuilders are not taking insulin the right way and are doing it in way too large of doses. In the internet era, misinformation is a disease spreading across the sport. Since the dawn of time, humans always wanted the quickest solutions to problems.

With the internet, those quick solutions are faster than ever. The problem? It’s not necessarily the correct information. When it comes to performance enhancing drugs, or any kind of substance that affects your body, the short and quick answer is rarely ever the real one. The human body is complex. The sad truth is that sometimes there is no quick answer. That holds true for building a mass monster physique.

You can watch Jerry Ward fully explain insulin, its dangers, and how it is being misused in our latest GI Exclusive interview segment above.

*DISCLAIMER: Generation Iron does not condone or endorse the advice given regarding potentially dangerous substances. The views and opinions expressed in this interview are that of the subject and do not reflect the Generation Iron Fitness Network.