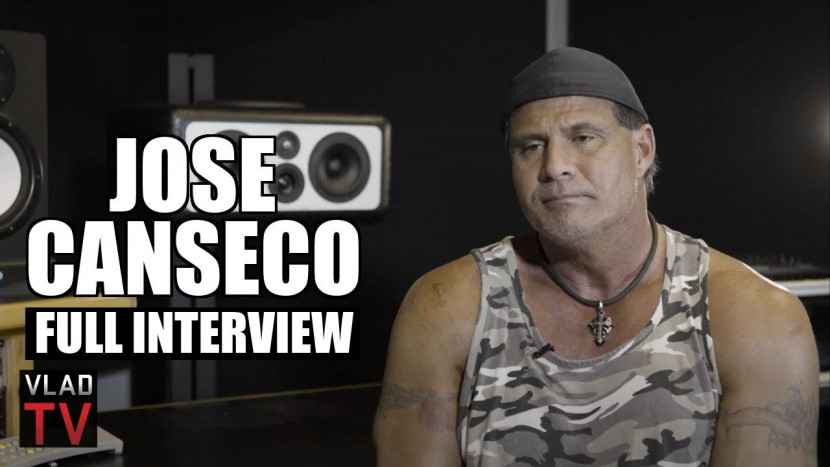 In this VladTV exclusive, two-time World Series champion and former MVP Jose Canseco sat down for an interview detailing his life and career. The retired baseball player revealed that he wasn’t a standout high school player and received no college offers, prompting him to join the minor leagues for a $10,000 signing bonus. After struggling his first few years in the minors, the turning point came when he started using performing-enhancing drugs after promising his mom on her deathbed that he’d become the best player in the world.

After becoming the minor league’s Player of the Year, he described winning the Rookie of the Year and American League MVP as a member of the Oakland Athletics. While describing his three consecutive World Series appearances, he also cleared the air on his multiple legal incidents as well as his interactions with Madonna and Alex Rodriguez. He also explained how two multimillion divorces and bad investments left him broke after signing the biggest contract in MLB history at the time. Canseco also talked about being blackballed from baseball after exposing MLB’s PED crisis in his book, “Juiced.” To hear more, view the full interview above.