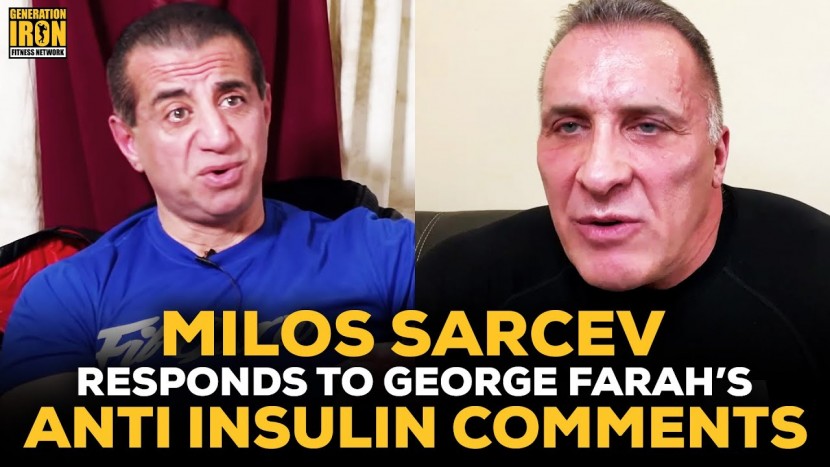 Earlier in 2020, we interviewed George Farah about a variety of topics. One of which included the use of insulin in bodybuilding. Farah was once an early adopter of using the drug as a tool for improving bodybuilding physiques. He has since denounced the drug and believes it is a danger to bodybuilding and athlete health. Milos Sarcev is the man who introduced insulin into the bodybuilding world and he still believes in it to this day. So what does he think of Farah’s statements? In our latest GI Exclusive interview, Milos Sarcev explains why George Farah’s anti insulin comments are wrong.

There’s no doubt that George Farah is one of the most respected bodybuilding coaches and gurus in the sport. He’s worked with a wide variety of athletes including top performers. His name has been etched permanently into the bodybuilding history. So it may have came as a shock when George Farah recently criticized the massive use of steroids and insulin in bodybuilding. Particularly insulin, a drug that he originally endorsed earlier in his career. Time changes and people change perspective. But is Farah speaking a necessary truth? Or has be become too conservative?

During our video call with Milos Sarcev, we wanted to get his opinion about George Farah’s recent statements. Milos is the man who claims to have introduced insulin into the sport of bodybuilding. To this day he still stands by it as a healthy way for bodybuilders to improve their size and physique. So what did he think of Farah’s comments?

Milos completely disagrees. He believes there is a zero health risk in using insulin. Of course, that’s if you use the drug correctly. Milos continues to detail how it’s a bodybuilder’s responsibility to follow strict rules in balancing your blood sugar and insulin doses. If a bodybuilder plays by the rules, there is no health risk at all.

But is this an oversimplification? All drugs can become dangerous when used incorrectly or abused, but the question becomes just how sensitive is insulin on that scale. Can one small mistake lead to a major health risk? And more importantly, insulin is only legal under prescription. Like many other drugs bought and sold on the black market – information on how to use a drug can become obscured. If you don’t have a certified doctor telling you how the right dosage or guidelines, how do you know if you’re taking the drug correctly?

This is where coaches and gurus come in. But again, these are not certified doctors. The entire world of steroids, insulin, and other performance enhancing drugs operate on an unspoken trust. In clear black and white terms, the way these drugs are being used is wrong. But that’s not stopping athletes from living in the grey area in between.

You can watch Milos Sarcev’s full response to George Farah in our latest GI Exclusive interview segment above.