Psycho Fitness: “Synthol Has A Place In Bodybuilding”

Home  /  Uncategorized   /   Psycho Fitness: “Synthol Has A Place In Bodybuilding” 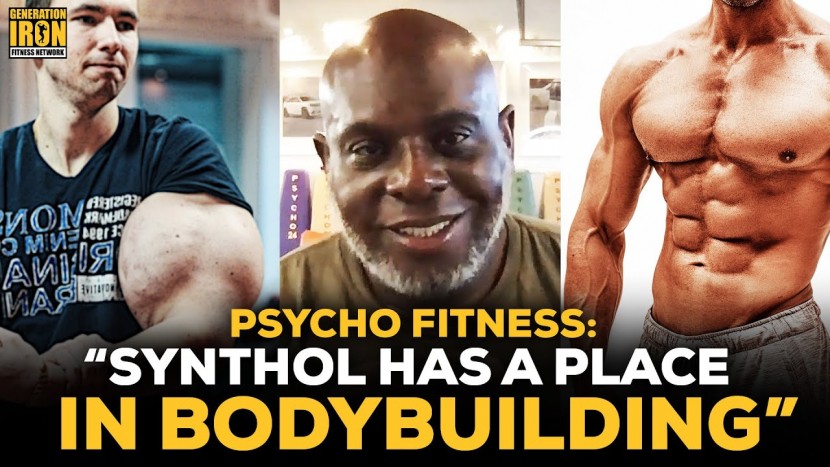 Psycho Fitness explains how synthol has a place in bodybuilding… and the slippery slope that has led to its abuse.

When hearing the word synthol – most likely the cartoon freaks are the first image that come to mind. The small number of people who take so much synthol that their muscle looks like gigantic balloons. But synthol is also used in pro bodybuilding. It’s just used in a very different way. Some bodybuilders, like Milos Sarcev, believes it shouldn’t be used in pro bodybuilding. In our latest GI Exclusive interview, Psycho Fitness explains how he believes synthol does have a place in bodybuilding… but admits that it’s also being abused.

In pro bodybuilding, synthol is used to a much smaller degree than the overblown “freaks” you see on viral videos. If a competitive bodybuilder decides to use synthol, it’s to touch up slightly uneven muscle groups. It’s almost like a spot check or a touch up before the getting the final product.

It’s up for debate as to how many pro bodybuilders actually use synthol. Some bodybuilders, like Milos Sarcev, have been very open about past steroid use during their career. Sarcev specifically claims that other competitors to this still use the site enhancement oil. Sarcev advises against it as he had nearly died from using synthol.

So when we were speaking with Psycho Fitness on our video interview, we wanted to get his opinion on the controversial substance. Does synthol get used in pro bodybuilding? And if so, should it be condemned or condoned? Psycho Fitness makes it very clear up front. “It does have a place in bodybuilding,” Psycho explains. “But I think it’s abused. Just like insulin. I think they’re both abused.”

Psycho Fitness goes on to explain the slippery slope that happens to competitors who use synthol. At first, it’s just to touch up a lagging muscle but then the pendulum effect kicks in. A bodybuilder touches up one arm. Now that same bodybuilder will go to the other arm to try and match it further. Suddenly, the athlete might just add 2 inches to each arm in order to make the muscle look even bigger.

It’s at this point that the deformed, unpleasing look starts to kick in. This is when synthol use starts to become more of a problem than a solution for competitors. Not only can it make a physique look worse, it can also lead to dangerous health problems down the line.

So it seems much like other controversial bodybuilding substances such as insulin and steroids – each era pushes the boundary further and further. Suddenly, the boundary pushing turns into abuse. It becomes dangerous. And in some fan opinions, it leads to lower quality physiques compared to yesteryear.

You can watch Psycho Fitness’ full comments on synthol in our latest GI Exclusive interview segment above.

← How To Work Out Maintenance Calories With Eric Helms | Do BMR Calculators Work? Can You Drink Beer And Make Gains? →