The Anabolic Doc Answers: Is It Easy For Athletes To Cheat Drug Tests?

Home  /  Uncategorized   /   The Anabolic Doc Answers: Is It Easy For Athletes To Cheat Drug Tests? 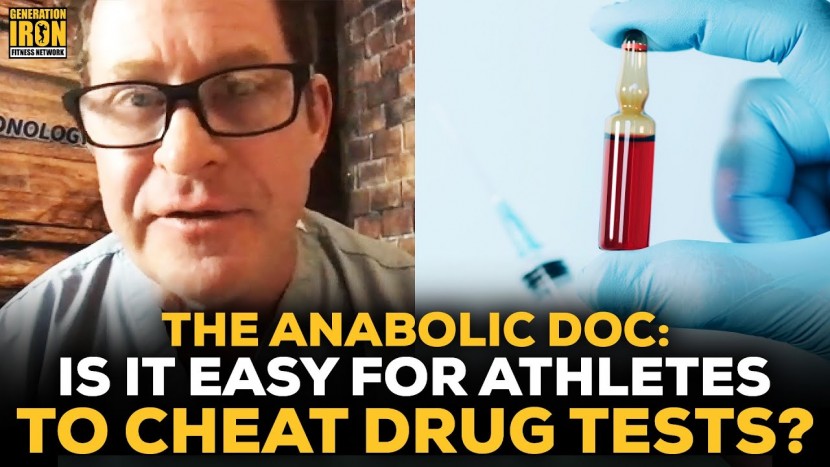 Dr. Thomas O’Connor, aka the Anabolic Doc, talks the realities of drug testing in bodybuilding and other pro sports.

The use of steroids and other PEDs in pro sports has been a major topic of debate for decades. This has been especially true for pro bodybuilding. While major leagues such as the IFBB do not condone steroid use, they also don’t commit to any testing. Even so, other pro sports that do drug test seem to ultimately end up with their own scandals. There have been cases of major name pro athletes that are revealed to be using PEDs. So drug tested or not – can these sports ever be truly fair? How easy is it to cheat drug tests in pro sports? In our latest GI Exclusive interview, Dr. Thomas O’Connor, aka the Anabolic Doc, explains if it’s easy for athletes to beat drug tests.

But just how air tight are these drug tests? As many news stories and documentaries have uncovered, these drug tests might not be weeding out all the cheating athletes in any given sport. The documentary film, Icarus, is a perfect example of Olympia quality drug testing failing to prevent mass cheating in the Olympics. The Olympics themselves are supposed to be the purest presentation of sport and competition. If they can’t completely prevent cheating… then how can we expect any sport to fairly regulate steroid and PED use?

So it seems the main question to answer is – just how easy or hard is it to cheat a drug test? During our video interview with the Anabolic Doc, we decided to ask him this very question. How air tight is the science behind drug tests? Are the odds in an athlete’s favor if they choose to try and cheat? Or is it only a small percentage who can actually pull it off?

While the Anabolic Doc initially is reluctant to answer, he does give some insight into just how complicated drug testing can be.

“They are very accurate and boy man it’s going to be very hard to beat testing,” the Anabolic doc states in our interview. “You know these guys think it’s gonna – some of them beat it and some of them don’t. You’re kind of throwing down the dice.”

At the end of the day, while the Anabolic Doc can’t speak with 100% certainty on the validity of drug tests. He does understand enough of the science to confirm it’s no easy feat to cheat the tests. So at the very least, we can have faith that majority of pro athletes drug tested are actually telling the truth.

You can watch the Anabolic Doc go into more detail about natural bodybuilding and drug testing in our latest GI Exclusive interview segment above!

← Bullying and my experience with APBS and PTSD Identical Twins Ate Carnivore & Vegan Diets Separately For 12 Weeks… What the Fitness EP: 24 →